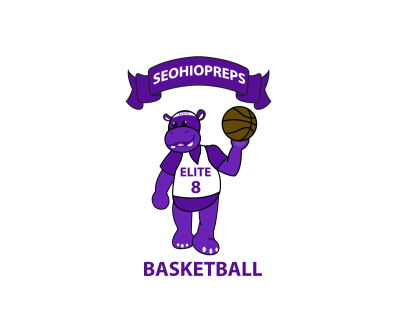 … the battle for #1 in the TVC Hocking … the Lancers of Coach Thompson looked to avenge their 52-59 loss @ Trimble earlier in the season … packed house in Stewart ! the games on the tail end of an afternoon benefit for starting PG for FH , Collin Jarvis’ mom Ticia who is battling cancer … more than 900 fans filled the gym tonight after attending the benefit which raised more than $4300 … great cause, outstanding turnout – my thoughts and prayers for Ticia & family – so much love and support from the FH community … wonderful atmosphere – felt special as soon as I walked into the school/gym … the game was as special as the pre-game benefit event … JC2124 – great job tonight all around buddy – well done …

… not sure you could GET more people in the FH gym tonight ! – 900 fans , 2 radio stations, newspaper folks, OU photogs, OU TV peoples AND pfloyd ! – the game didn’t disappoint … the Lancers looked to run away and hide right from the opening tip ! everyone for Fed Hock was involved in pushing the score up at the 4:38 mark Fed Hock was up 7-2 … by 2:15 FH had moved to a 16-4 lead by the time the 1st quarter ended the Lancers were on the good end of a 24-14 scoreboard … 7 players dented the scoring column for the Lancers led by 6-5 Brad Russell’s 7 points (including a trey)/Hunter Smith added another 3 ball (5 pts), Quentin Basim 4 / 2 each by Wes Carpenter, Nathaniel Massie, Elijah Lucas , Ian Miller … for Coach Caldwell’s Tomcats they were led by Cam Kittle’s 8 pts (2 triples)/Blake Guffey 4/ Sawyer Koons 2 … one name missing from the scoresheet was Brayden Weber (0 pts) who was chased all over the court by Collin Jarvis & Quentin Basim for 4 quarters … Fed Hock 24 Trimble 14 after 1 … quarter #2 was more of the same as FH fed off of the frenzied fans – Russell continued to pull FH ringing up 7 more points (14 for the half) adding his 2nd triple to the mix of scoring, Basim off the bench added 6 points (10 in the half) Nathaniel Massie picking up the final 4 points of the quarter for FH … Trimble turned up the defensive effort trying to get back into the game forcing 5 more FH turnovers (10 TOs for the half) to no avail as the Lancers extended their lead to 16 points before halftime even with the offensive efforts of Austin Wisor (3) , Kittle with another trey and 5 points in the 2nd by Blake Guffey (9 pts) … Federal Hocking 41 Trimble 25 at the half … any fan of hs sports in SEOhio KNOWS that any lead on a Howie coached team is not big enough … it is not in the DNA of a Trimble athlete to rollover or admit defeat until the final whistle/buzzer … the 3rd quarter we saw the Tomcats start the road back into the game … THS outscored FH 15-11 in the quarter … forced 5 more TOs/15 on the game for FH … got a couple of putback buckets … Brayden Weber got his first points of the game with 4 points each from Wiser/Sawyer Koons …. 2 points each from Tyler Weber/Cam Kittle … Fed Hock continued getting big minutes/offense from their big Brad Russell 6 pts/20 points thru 3 … both Fed Hock & Trimble fans were looking at the scoreboard now … Fed Hock 52 Trimble 40 after 3 … the final period was what pfloyd came to see – a great game between 2 very good teams … the Tomcats pressured everywhere – forced 6 Lancer TOs but could only get to within 12 at 4:58 in the period 45-57 Lancers … after the FH time out Trimble closed out the rest of the game outscoring FH 22-12 … Blake Guffey 8 pts/Tyler Weber 7/Austin Wisor 5/Brayden Weber 4 /Cam Kittle 3 for the Tomcats – outstanding surge/run to the final buzzer … this one was FH 63-57 at 1:49 to play … 27.7 on the clock FH owned a 67-65 lead at 2.5 sec to play FH 69-67 … a missed FT by FH with 1.9 on the clock allowed Trimble a final 3 point attempt from beyond half court … short … the Tomcats coming up just short of a miracle comeback Federal Hocking 69 Trimble 67 a final …

… this one was the proverbial “digging yourself a hole” game for Trimble … down 16-18 points throughout the 1st 2 quarters … FH seemingly able to get what they wanted WHEN they wanted it … the Trimble floor leader – Brayden Weber – held scoreless for the first 2 quarters, only 6 points for the game … the size for FH making life miserable at both ends of the floor … easy for a lesser team to play it out, go through the motions BUT we’re talking about a Howie coached TEAM, athletes from Trimble HS who literally have NO IDEA what it means to “quit” on their school, their teammates, or themselves – battling back in this one multiple times to get within 2 points -multiple times … making the right decisions on the court in crunch time so that even when the odds were against them : 1.9 sec on the clock down 2 THEY – the Trimble Tomcats took destiny into THEIR hands … they had a 3/4 court shot to WIN – odds against it going in yes, odds were on Trimble’s side that THEY would have a chance AT THE END to get the W … win or lose the Tomcats of Coach Howie are MY kind of TEAM …

… 13 years since the Lancers had beaten Trimble on the hardwood … a lot of emotions happening from BEFORE the tip off, through the pre-game presentations, into the game and after the game for the Federal Hocking community, fans, staff, coaches, players … THIS was a BIG game for soooo many reasons for FH … a loss would say to many – “the Lancers are on the right track BUT the TVC Hocking STILL runs through Trimble” a win ? “We have arrived ! WE can compete for the league chp ! WE ARE LANCERS ! … FH threw the first punches jumping out to the BIG leads in the 1st two quarters leading 24-14, 41-25 at the half … FH took punches in the 2nd half as the Tomcats battled back into the game – another defining moment for the Lancers : vs Trimble, taking blows , losing ground as the scoreboard shows Trimble has it down to 12 points 45-57 4:58 in the 4th … Trimble STILL closing our lead is 6 points 63-57 1:49 to play … Trimble is STILL coming – a BIG triple from Hunter Smith , another BIG triple from Quentin Basim … Federal Hocking didn’t fold, the Lancers STEPPED UP to beat the BEST in Athens County … lots of lessons learned as a FH team figured out how to “go get a W” … figured out that they have players who CAN step up in crunch time … Russell, Basim, Hunter, Massie ALL got it done down the stretch … the game ball has to go to Collin Jarvis though as he drew the short straw assignment having to chase Brayden Weber for 32 minutes (he was not alone as Basim et al. traded on/off BUT the biggest portion of the 32 minutes was CJ on an island defensively vs B. Weber : 6 points all in the 2nd half (17 pts in the first game @ Trimble) … anytime a team defensively can take the ball out of B. Weber’s hands you have a chance – you let B.Weber be the starting point of every possession for the Tomcats – team has NO chance … great win by the Lancers, great being a part of the amazing atmosphere in that gym at FH last night …