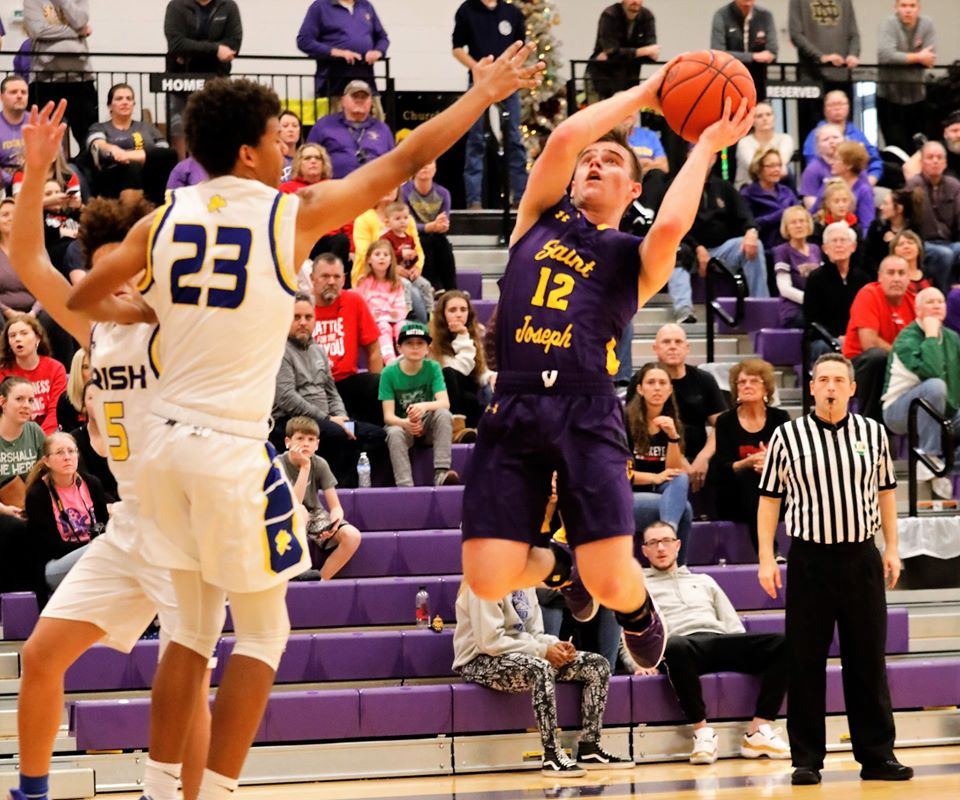 The Irish won the boys championship game Saturday at the first Flyers Holiday Basketball Tournament in the Flyer Dome. The Flyers rolled up and 11 point lead in the first quarter but watched it quickly fade in the second and at halftime the Irish were up by 2. The Ironton team was outscored in both the 3rd and 4th quarters to set the final outcome. The Flyers had 3 players in double figures: Zach Roach with 17, J.C. Damron with 12 and Ryan Payne with 10. For the Huntington team Kaden Warnes topped all scoring with 25. Jaylen Motley added 16. Chosen as MVP’s of the game were Roach for the Flyers and Warnes for the Irish.