WILLOW WOOD — A 21-point first quarter barrage paved the way for the Chesapeake Panthers to notch a lopsided 49-6 road win over the Symmes Valley Vikings Friday.

With Ohio Valley Conference (OVC) play on the horizon, Panthers head coach Todd Knipp said getting back in the win column “is always good.” 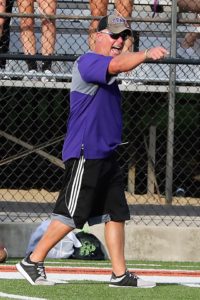 “Defensively we played much better than we have. Last week (against Minford), we got smacked in the mouth,” Knipp said. “It felt good to be able to come out, to perform on defense and make tackles in space.”

Shouldering the load for Chesapeake (2-1) was an offensive attack that overpowered and overwhelmed Symmes Valley (2-1) for most of the contest. Leading that charge running back Kamren Harless who rushed for 96 of Chesapeake’s 282 yard output in the first half.Helping Harless was quarterback Donald Richendollar, as well as running backs Carson Nida, Will Todd and Logan Walsh. 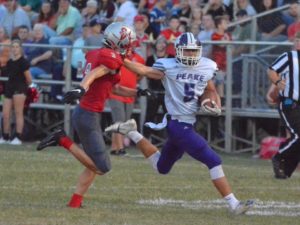 Knipp said his backfield is a “special group” and that all of them play well for one another. He also lauded the team’s offensive line, who despite their youth, are gelling and have improved their level of play over the last couple of weeks.

Knipp said he knew getting off to a strong start was important. Despite an early first quarter turnover, Chesapeake scored touchdowns on four of their next five first half drives.

“It was good because it gave us a boost and kept the game going and we couldn’t give it up,” Richendollar said. “We had the game flowing the whole time.”

Meanwhile, Chesapeake’s defense limited the Viking offense to less than 150 yards in the first half. Rusty Webb, Vikings head coach, said keeping up with Chesapeake’s overall team speed, which Symmes Valley couldn’t replicate in practices, was a challenge for most of the contest.

Richendollar said the Panthers kept getting after the ball on the defensive side, while also adhering to fundamentals.

“We had to go out on defense and come at them and stuff,” Richendollar said. “We worked on tackling and blocking and we did a lot better tonight.” 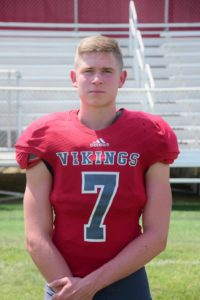 However, Symmes Valley made the necessary adjustments and orchestrated a lengthy third quarter drive that led to a two-yard touchdown plunge by Jack Leith, cutting the Panther advantage to 35-6.

Webb lauded his team’s ability to make key adjustments, which he felt will be critical as they head into conference play later this season.

“This is always a good test for our kids. It lets us know where we’re at and what we need to work on. The goal is to always make the playoffs and win the conference. We need to play good competition and Chesapeake definitely provides that.”

But the Vikings drew no closer as Chesapeake’s defense tightened its grip and kept the Vikings scoreless the rest of the way. Meanwhile, Chesapeake tallied two more scores down the stretch, including a third score from Richendollar. 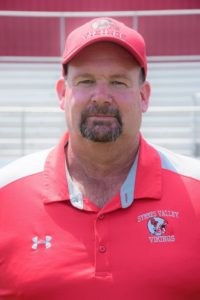 Despite the loss, Webb said the Vikings continue to look forward as they march toward Southern Ohio Conference (SOC) play.

“We’re still very young. We’re mostly a sophomore dominated team,” Webb said. “It could have been easy to fold our tent. But the kids didn’t, they played all four quarters. That’s what we’ll need going forward.”

All eyes for Chesapeake now center on their OVC opener against Gallia Academy and readying for their spread offense, Knipp said.

“If we have a better practice Monday, Tuesday and Wednesday, we’ll play harder,” Richendollar said.

Posted by Southeasternohiopreps.com on Saturday, September 14, 2019