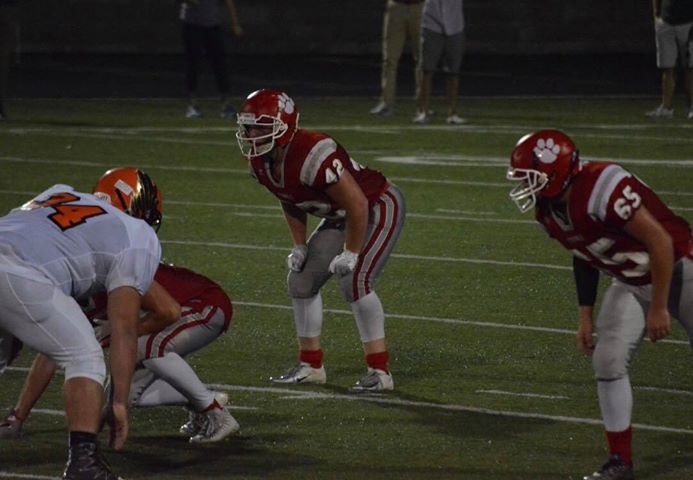 Catfight: Unbeaten Tomcats and Tigers battle for a spot in Region 21 title game

The end of the 2018 football season left both the Trimble Tomcats and the Springfield Tigers unsatisfied.

For Trimble the season ended with their second state runner-up finish in the last six years, while the Tigers finished the regular season at 9-1 but just missed out on a DVI playoff berth.

The two teams meet at 7:00 pm Friday night in St. Clairsville in one of only three 11-0 versus 11-0 matchups in the entire state. The region is one of the state’s most challenging – not just due to the quality of opponents – but also do to the extreme geographic extremes. New Middletown and Glouster are 175 miles apart despite sharing a region.

The Tigers have never advanced past week 12 and the Tomcats are hoping this will finally be the year they lift the gold trophy in Canton.

The Trimble Tomcats are 11-0 but played only ten games due to a forfeit by Federal Hocking after they had to end their season prematurely due to concern for player safety from a lack of numbers.

The Tomcats defeated three playoff opponents during the regular season, and are making their 10th straight playoff appearance and 16th overall. The kids from Glouster have racked up an impressive 18-15 postseason record including a pair of state runner-up finishes in 2013 and 2018. Additionally, the Tomcats reached the state semifinal round in 2014.

To say the Tomcat defense has been dominant would be selling them short. If defense wins championships, then hand Trimble the belt.

The Tomcats have allowed only 20 points all season and only six of those came during the regular season. The scarlet and gray didn’t allow a point against their Tri-Valley Conference – Hocking division opponents and only playoff qualifier Worthington Christian crossed their goal line.

The Tomcats are disciplined, quick, and relentless on the defensive side of the ball.

The Trimble defense is led by linebacker Sawyer Koons (6-0, 225, senior) who has recorded 91 tackles, including 12 for loss, and four quarterback sacks.

But the Tomcats aren’t getting by with their defense alone.

The Athens Countians have averaged over 47 points per game, despite running far fewer plays than most teams due to running clocks during most of the season. 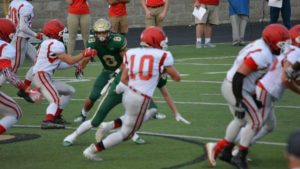 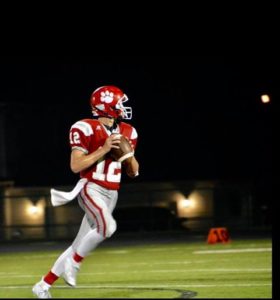 Senior quarterback Cameron Kittle (6-1, 175) is the catalyst for the tri-town ‘Cats. Kittle has connected on 30 of 41 passes for 727 yards including 11 touchdowns and only a single interception. He has rushed for 649 yards and nine touchdowns on 47 carries. Kittle led the Tomcats with 74 yards and three touchdown on 10 carries while passing for 104 yards and another score last week. 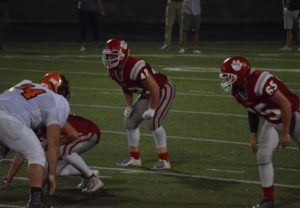 Head coach Phil Faires is in his 26th season as the Tomcat grid mentor and is 213-78 overall with 14 playoff appearances and an 18-13 postseason record.

On the opposite sideline, a senior led Springfield Tiger squad from New Middletown also enters with a perfect 11-0 and as champions of the Mahoning Valley Athletic Conference.

The Tigers were 7-3 in 2017 and 9-1 in 2018, but missed the playoffs both seasons. Coach Sean Guerriero hopes to make up for lost time this fall. Guerriero, in his 13th season as Tiger grid boss and has a 73-51 overall record including a 2-3 mark in the post season.

Springfield is making their ninth playoff appearance and hold a 4-8 postseason record. They first qualified in 1987.

The Mahoning Countians defeated four playoff qualifiers in the regular season, including Western Reserve who the Tigers defeated in a rematch last week in round one. Springfield beat Western Reserve 35-14 in week nine and repeated the victory by a 34-7 score last week.

The orange and black utilize speed – both their athletes and a quick paced spread offense – to unbalance opposing defenses.

Sophomore quarterback Beau Brungard has completed 88 of 129 passes for 1551 yards including 20 touchdowns and only three interceptions. Brungard has also rushed for 623 yards and 13 scores on 66 carries.

The Tigers are also tenacious on defense, allowing just under 11 points per game and recording three shut outs. After allowing 48 points in their opening two games, Springfield allowed only 71 points in their last nine games.

Chris Thompson, Hatton, and Brady Brungard all see time on the defensive line.

Clayton Nezbeth (5-11, 170) leads the team with 96 tackles including five for loss while Duvall has recorded 87 with 4.5 for loss and 2.5 sacks from their linebacker posts. Sophomore Bo Snyder will also see time at linebacker.

Beau Brungard, Walker, and Ohlin are ball hawks in the defensive secondary.

The Tigers have an ace up their sleeve in junior kicker/punter Clayton Medvec (6-1, 180). Medvec converted a pair of field goals and helped keep Western Reserve pinned deep in their own territory with pin point punting.

The season will end in disappointment for one team on Friday night. The Tomcats have made a habit of practicing and playing late into November. On the opposite side, the Tigers feel they need to pack three years’ worth of playoff memories into a single season.

Expect a full house in St. Clairsville on Friday night.