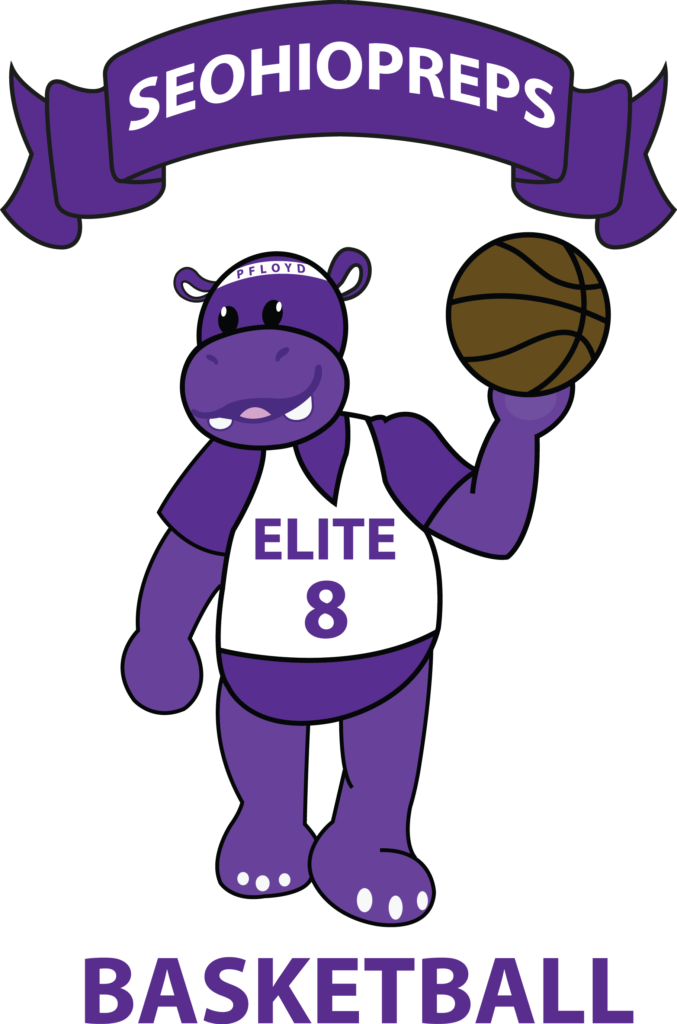 … I looked at this one as my #1 (Chillicothe) vs #3 (Jackson) … I also looked at HOW the teams I rank got to where they are ranked – defense … BOTH of these TEAMS fit the bill – Chillicothe averages giving up 46 ppg while the Ironmen are at 43 ppg THAT wins basketball games …THAT makes you an Elite 8 TEAM … to go WITH the D , a team must be able to put points on the board as well … Coach Huffer’s Cavs are at 72 ppg while Coach Morrow’s Ironmen put up 64 ppg offensively BOTH offensive point totals are good for hs hoops – a closer look at the point totals offensively tells you that Jackson has 1 consistent scorer in double digits PG Caleb Wallis … Chillcothe sports 3 consistent double digit scorers in Brandon Noel, Jayvon Maughmer and Tre Beard … 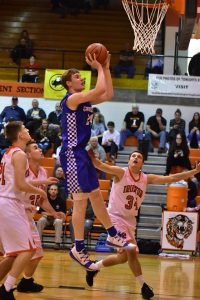 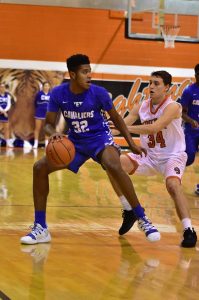 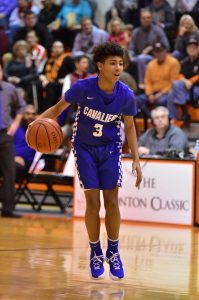 Jackson HAS more scorers than just CW for sure – Griffin Brown, Braxton Hammond, Drew Bragg & Co. BUT their points on a nightly basis is dictated by the opponents defense … while the Cavs can count on the Big 3 every night to GET THEIRS … last night was a case of the BIG 3 plus 1 getting theirs while the Jackson D couldn’t keep the BIG 3 from getting theirs … for the Ironmen to get THIS win a couple of the BIG 3 had to be “less than” their usual nightly output while CW had to get HIS and others needed to get MORE than their usual or at least their usual plus having a role player step up …

… the 2nd half of play had Chillicothe keeping an 8-12 point differential on the score board … both teams played solid defense, both teams showed their quickness with help down low … both teams matched each other where it counted on the scoreboard – Jackson putting up 14 points to Chillicothe’s 16 … Jackson 35 Chillicothe 45 after 3 … trading buckets in a game like this eventually brings the ultimate winner into play – the clock … if you can’t put up “kills” (stopping an opponent 3 straight times without them putting up points) odds are you aren’t closing the gap on the board … the Ironmen put up buckets but the size in Noel/Maughmer in the paint were the difference in the 4th as duo put up 12 points in the 4th which led to JHS having to foul down the stretch to try to find “stops/misses” … didn’t happen as Chilli went 11/13 in the 4th period from the FT line in the closing minutes … Jackson 52 Chillicothe 66 a final …

… the Cavs gave a D1 powerehouse Cincinnati Moeller everything they wanted for a half of action Friday night … the Cavs shooting 56% from the floor for the game but playing a team in Moeller who shot 76% from the floor FOR THE GAME – didn’t miss a shot in the 3rd quarter … a Cavs TEAM who has SEEN the best, played VS the best … safe to say they are tested … Chillicothe has the components for being an outstanding TEAM – TEAM defense, multiple player scoring, size , 3 point shooting from multiple players , a true PG who happens to also be a double digit scorer, a 6-5 player who plays from outside in, a 6-6 BIG who can go inside outside … what do the Cavs lack or need improvement in ? from the cheap seats – more depth, missing a physical banger IN the paint – an enforcer … D1 demands it … are the Cavs #1 Below the Lancaster-Dixon Line ? absolutely BUT they will be pushed – Zane Trace, Jackson in game 2, the U , FU add in games outside of SEO Upper Arlington, St Charles, Canal to name a few …