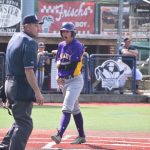 LUCASVILLE — Ending three less-than-favorable streaks in less than a year’s time is impressive — especially when you think about an athlete who played a leading role in each of those halts.

Valley’s Tanner Cunningham is that athlete … and it doesn’t take long to see that in any form.